In the last several months, there have been efforts across the globe designed to contain the spread of the coronavirus (COVID-19).  Those efforts have resulted in cancellation of events, and the closure (temporarily or permanently) of businesses.  As a result, questions have arisen about whether a person’s obligation under a contract – whether it’s a residential lease, a commercial lease, or a sales contract – can be excused because of the unique situation with which we are all dealing.

While there is no one-size-fits-all answer, the North Carolina cases described below have been selected in an attempt to provide information that might assist an analysis for those questions.

Steak & Ale operated a restaurant in Raleigh, and leased the building from Crabtree Ave. Inv. Group, LLC. Group (Crabtree).  Crabtree filed suit to have Steak & Ale evicted, and was granted possession of the property.  The Court of Appeals found that the decision to evict Steak & Ale was proper.

On appeal, Steak & Ale argued, in part, that Crabtree’s failure to provide the W-9 should have extended Steak & Ale’s obligation to pay rent pursuant to the “force majeure” clause.  The Court’s description of the force majeure clause describes the lease provision as providing an extension of time for a party’s performance under the lease when performance was delayed due to a “cause beyond the tenant’s control.”  Steak & Ale argued that it could not pay the rent to Crabtree unless and until Crabtree sent the W-9.

Application to COVID-19 Situations:  With commercial leases, close attention must be paid to the language of the force majeure clause.  The clause in this case appears to allow for an extension of time for the tenant’s performance if the tenant was unable to perform due to a “cause beyond the tenant’s control.” Stay-at-home orders and government orders that restaurants close down certainly makes payment of rent more difficult for certain business such as restaurants.  However, whether performance under a contract is excused or not, this case would merely stand for the proposition that the language of the force majeure clause is a determining factor in the analysis.

Charlotte School of Law (CSL) was founded in 2006 as a for-profit law school.  CSL signed an Office Building Lease Agreement for a 3 year term; the lease lists certain Permitted Uses on the property, including use as an educational institution as well as for general office use, uses ancillary to its business, and other legally permitted uses (with the Landlord’s permission).  Plaintiff, S. College St. (Landlord), purchased the property, and the lease was assigned to it as part of the purchase.

CSL’s state license to conduct post-secondary degree activity expired, and CSL ceased operation of the law school.  CSL failed to pay its monthly rent in October 1, 2017, and Landlord notified CSL that it was demanding payment of all sums due.  CSL abandoned the property.

Landlord filed a Complaint seeking monetary damages for breach of the lease.  CSL argued that the doctrine of frustration of purpose excused its obligations to pay rent once it could not use the premises for a law school.

The doctrine of frustration of purpose states that “changed conditions supervening during the term of a contract sometimes operate as a defense excusing further performance on the ground that there was an implied condition in the contract that such a subsequent development should excuse performance or be a defense….”

The Court explained that the doctrine is based upon the “fundamental premise of giving relief in a situation where the parties could not reasonably have protected themselves by the terms of the contract against contingencies which later arose.”  The must be an (1) an implied condition that a change would excuse performance; (2) the changed condition caused a failure of consideration or the expected value of performance; and (3) the changed condition was not reasonably foreseeable.

CSL argued that its ability to operate a law school was an implied condition and, due to several regulatory and governmental actions, there was a failure of consideration and an elimination of the value of performance of the Lease.  However, since the Lease specifically provided that the “Permitted Uses” for the property included “other legally permitted uses”, the Court determined that CSL’s position was not an implied condition that would excuse performance.

When a period of time is herein prescribed for any action, other than the payment of any monetary sums due hereunder, to be taken by [Landlord] or [CSL], [Landlord] or [CSL], as applicable, shall not be liable or responsible for and there shall be excluded from the computation for any such period of time, any delays due to strikes, riots, terrorism, acts of God, shortages of labor or materials, war, laws, regulations or restrictions, inability or delays in obtaining governmental permits, or any other causes of any kind whatsoever which are beyond the reasonable control of [Landlord] or [CSL.]

The language of the force majeure clause specifically allows for additional time to perform any of CSL’s obligations under the lease, except for its payment obligations.  The Court found that the parties expressly agreed that a failure to pay sums due under the lease is a breach that is not excused by CSL’s inability to obtain the appropriate government permits to operate a law school.

Application to COVID-19 Situations:  As with the above, close attention should be paid to the language of the force majeure clause.  The clause in this case did not allow the tenant to avoid its payment obligations for certain force majeure events.  The defense of frustration of purpose might provide relief if there is sufficient proof of an “implied condition” (i.e. ability to operate the business on the property), the changed condition caused the party to lose the benefit of its bargain (e.g., stay-at-home order prevented operation of the business), and the cause (the virus) was unforeseeable.

CertainTeed manufactured wallboard which, in part, required a supply of synthetic gypsum.  Duke Energy’s plants produced gypsum as a byproduct of coal-fired electric power plants.  The parties entered into a supply agreement in 2004, in 2008, and again in 2012.

Due to a drop in natural gas prices, Duke Energy decreased the utilization of its coal-fired plants, with a resulting decrease in production of synthetic gypsum.  A dispute arose about the quantity term under the Supply Agreements – was Duke Energy required to provide a minimum quantity of gypsum; did Duke meet is contractual obligation to use commercially reasonable efforts to maintain a stockpile of gypsum; and, was Duke Energy excused from performing because performance would be inconsistent with its primary purpose as a regulated public utility.

The Court further noted that the agreements contained a force majeure article that expressly provided that “certain specific events” would excuse either party’s obligations, although the “primary duty” clause did not have similar force majeure language.

The result was that the Court found that the supply agreements excused Duke Energy from its obligations to supply synthetic gypsum only if it could no longer legally supply the product.

Application to COVID-19 Situations:  The language of the contract is supremely important.  Even though Duke Energy believed that its obligation as a public utility should excuse its performance from supplying synthetic gypsum (which was no longer economically advantageous), the Court determined that the primary purpose clause did not excuse performance and that the failure to provide force majeure events that might excuse performance prevented the use of such defense.

Plaintiff entered into a contract by which Defendant (private school) agreed to enroll Plaintiff’s son in the fourth grade class of Defendant-school.  The contract required Plaintiff to pay one year’s tuition in advance, and explicitly provided that the tuition was non-refundable.  Plaintiff was divorced, and his former wife received custody of the child.  Although Plaintiff paid one year of tuition in advance, his former wife refused to allow the child to attend the school.

In this case, (a) there was no substantial destruction of the value of the contract since Defendant-school made preparations to educate the child; reserved a space for the child; and kept a place open for the child; and (b) the possibility of the child not attending was foreseeable, and the contract expressly provided for that event (making tuition nonrefundable) and allocated the risk to the Plaintiff.

Application to COVID-19 Situations:  A stay-at-home order may be seen as destroying the consideration that might be received from a contract.  A good argument can be made that such a virus, and the subsequent shut down orders, is not reasonably foreseeable.  Thus, if the contract does not otherwise allocate the risk of such a shutdown, the doctrine of frustration of performance could provide a basis to rescind the contract.

Plaintiff (Landlord) and Defendant (Tenant) entered into a lease so that Tenant could operate an Italian restaurant on the premises.  After signing the lease, Tenant learned that City Ordinance required a 1,000 gallon grease trap.  Although Tenant was aware prior to signing the lease that a grease trap was required, Tenant believed the minimum capacity was closer to 200-300 gallons; there was no grease trap on the Premises and no plans to install a grease trap when the lease was signed.

Tenant received estimates for modification of the Premises to add a grease trap, but was informed that any system was likely to clog repeatedly.  Tenant decided that he could not open a restaurant on the Premises, and tendered the keys to the Landlord.  Plaintiff sued for breach of contract, and a jury found Tenant liable.  The jury specifically found that “Defendant’s failure to perform under the terms of the commercial lease” was reasonably foreseeable as a preliminary question before considering the amount of damages to be awarded.

Defendant argued that the doctrine of impossibility (i.e. Tenant could not have operated the restaurant Tenant planned to operate) should excuse his performance.  The Court of Appeals noted that the premises existed and were in the same condition as when the contract was signed.  Additional evidence demonstrated that subsequent tenants were running a restaurant and had installed a grease trap.  Based on those factors, the Court found that someone could have performed under the terms of the lease and, therefore, the doctrine of “impossibility” was inapplicable.

The doctrine of frustration of purpose does not apply when the frustrating event was reasonably foreseeable.  The Court of Appeals found that the question of foreseeability was properly submitted to the jury, and therefore the jury’s verdict necessarily meant that the jury had found that performance was “not excused by an event which was reasonably foreseeable.”  The jury’s verdict did not allow the Court of Appeals to overturn the verdict.

Application to COVID-19 Situations:  This statement of the doctrine of frustration of purpose would seem to allow for excusing performance under a commercial lease since an unforeseeable event (the COVID-19 virus and shut down) supervenes so that there was a failure of consideration (paying rent in return for the right to rent a certain space).  Of course, the countervailing argument is that the space was still available for the tenant to use, and that the tenant could have used it for some business purpose.-

If you would like to discuss the impact of the coronavirus or the resulting shutdown of your business, please contact Bert Andia at 336.273.1600 or bandia@greensborolaw.com 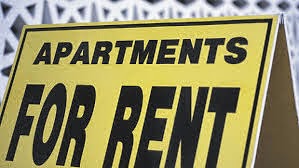 As a landlord, taking a tenant to court can be a confusing and daunting process.  A common reason landlords take tenants to court is when tenants default on leases by not paying rent.  North Carolina law, specifically N.C. General Statute Chapter 42, provides a detailed, multi-step process for these types of cases in North Carolina.[1]  The law spells out what must be done to legally remove residential tenants in North Carolina and prohibits landlords from using self-help.