Higgins Benjamin, PLLC, is pleased to announce that Frederick L. (Fred) Berry has joined the firm as a partner.  He is a veteran litigator who has secured multi-million- dollar recoveries for his injured clients, and he has been co-lead counsel in significant consumer fraud class actions.  Prior to joining the firm, he practiced with Vance Barron, who recently retired. A graduate of Wake Forest University undergraduate and law schools, Fred has taken leadership roles in various organizations including Piedmont Land Conservancy, Summit Rotary, the Greensboro Bar Association, and the North Carolina Advocates for Justice.  For fun, he is a cowboy, mounted foxhunter, and fly fisherman.

Higgins Benjamin is pleased to announce that four (4) of its attorneys have been selected to the 2017 North Carolina Super Lawyers® List.  Every year, Super Lawyers®  recognizes attorneys who have distinguished themselves in their legal practice areas.  Only five percent of all attorneys in a state are recognized as Super Lawyers®.

The four selected to the 2017 North Carolina Super Lawyers® list include:

The selections for this list are made by Super Lawyers, a Thomson Reuters owned rating service for lawyers from more than 70 practice areas. The annual selections are made using a rigorous multi‐phased process that includes a statewide survey of lawyers, an independent research evaluation of candidates, and peer reviews by practice area.

Our office has moved!

We are on the 8th floor of the former US Trust Building.  We are across N. Elm Street from the site of the Tanger Performing Arts Center.

Stop by and see our new digs!

The North Carolina Supreme Court rejected the notion that private parties can enlist the courts to re-write overly broad noncompetition provisions so that they can be enforced. Rejecting the lower court’s straying from the strict blue-pencil rule, Justice Edmunds reasoned that “[a]llowing litigants to assign to the court their drafting duties as parties to a contract would put the court in the role of a scrivener, making judges postulate new terms that the court hopes the parties would have agreed to be reasonable at the time the contract was executed or would find reasonable after the court rewrote the limitation. We see nothing but mischief in allowing such a procedure.” Beverage Systems, LLC v. Associated Beverage Repair, LLC, ___ N.C. ___, ___ S.E.2d ___, No. 2016 N.C. LEXIS 177 (March 18, 2016) (emphasis added). 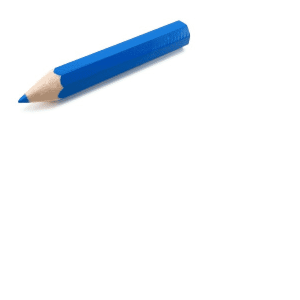 Beverage Systems involved a non-compete provision in a sale-of-a-business context. In partial consideration to the sale of a business, the seller covenanted not to operate a competing business in the states of North and South Carolina. Evidence indicated that the seller and buyer, however, conducted operations in only a few counties in South Carolina and less than half of the counties in North Carolina. The agreement also provided that if the noncompetition territory were found to be overbroad, the court could re-write the agreement to make it enforceable. The trial court found the territory overbroad and refused to enforce it.

The Court of Appeals reversed and held that North Carolina’s “strict blue pencil rule” did not apply because the contract provision imbued the court with authority to re-write the territory. The strict blue pencil rule allows a court to strike through overbroad restrictions and enforce the remaining reasonable provisions, but it does not permit the court to rewrite provisions. The appellate court reversed and remanded to the trial court with instructions to “to revise the territorial area of the noncompete to [make it enforceable].”

As noted, the Supreme Court rejected that approach. It cited long-standing case law holding that courts are without power to vary or reform private parties’ agreements.   “Parties cannot contract to give the court power that it does not have,” the Court observed, before concluding that the contract was unenforceable and could not be saved by the Court.

Now that the N.C. Supreme Court has acted to reign in the proliferation of noncompetition agreements, perhaps it is time for the legislature to act as well.

There is a misperception that noncompetition agreements are “good for business.” Most executives actually hiring talent, however, believe the opposite, as noncompetes serve to strangle the labor market and squelch innovation and entrepreneurship. Thus, much of Silicon Valley’s success is attributed to California’s ban on noncompetition agreements altogether. Other tech-savvy regions, like Boston, Washington State, and Utah have been attempting to reign in noncompetition restrictions, hoping to spur more entrepreneurial growth.

Our legislature could boost Research Triangle industries and the Triad’s nanotechnology and bio-sciences sectors in attracting new businesses with some simple restrictions on noncompetition provisions, like limiting their duration and providing an “earnings floor” below which they would not be enforced. See On Amir & Orly Lobel, Driving Performance: A Growth Theory of Noncompete Law, 16 Stanford Tech. L. Rev. No. 3, p. 833 at 846, 857-62, 865-66 (2013) (reviewing research outlining negative effects of noncompetition agreements on labor market, job creation, and the economy).

If you would like to discuss an issue involving Noncompetition Agreements or Trade Secrets, contact Jon Wall at (336) 273-1600, ext. 134, or jwall@greensborolaw.com.

Business North Carolina magazine asks lawyers to nominate their peers that they think are the state’s best practitioners in their field. Ballots were made available to more than 20,000 North Carolina lawyers. The lawyers receiving the most votes, approximately 3% of the lawyers, were selected as Legal Elite for 2016.