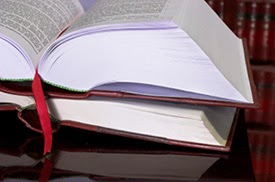 A landlord who takes rent from a “holdover tenant”—a lessee who stays on the premises after the term of the lease—can run the risk of unwittingly creating a new lease term, generally presumed in North Carolina to be one year.  A recent North Carolina Court of Appeals case, however, creates new uncertainty in such landlord-tenant disputes.

For more than a century, the North Carolina appellate courts have agreed that when the landlord accepts a post-term payment from a tenant holding over from a lease of a year or longer duration, a new one-year lease term is established.  See, e.g., Scheelky v. Koch, 119 N.C. 80, 25 S.E. 713 (1896) (“A lessee for a year, with privilege of renewal for a year, who occupies the premises and pays rent therefor for a month into the second year, and then vacates with no understanding that the lease shall be canceled, is bound for the second year’s rental”); Kearney v. Hare, 265 N.C. 570, 144 S.E.2d 636, 638-39 (1965) (“In the absence of a provision in the lease for an extension of the term, when a tenant under  lease for  fixed term of one year, or more, holds over after the end of the term the lessor may eject him or recognize him as a tenant. . . . If the lessor elects to treat him as a tenant, a new tenancy relationship is created as of the end of the former term.  This is, by presumption of law, a tenancy from year to year, the terms of which are the same as those of the former lease in so far as they are applicable”).

A new Court of Appeals opinion, Automotive Group, LLC v. A-1 Charlotte, LLC, COA13-608 (N.C. App. Nov. 19, 2013), seems to be at odds with this line of cases.  Automotive Group involved a one-year commercial lease with a renewal provision requiring 180 days’ notice.  The tenant failed to give timely notice of renewal, but nevertheless stayed on after the year ended.  Significantly, the landlord accepted the tenant’s rent payment for the month immediately following the expiration of the lease term.

The landlord filed a summary ejectment (eviction) action.  The magistrate dismissed the action with prejudice (correctly, under the authority cited above) on the basis that the landlord waived the right to assert a valid nonrenewal by accepting the post-term rent payment.  The landlord filed a second summary ejectment action , which was also dismissed with prejudice.  Undeterred, the landlord then filed a third summary ejectment action.  The magistrate again dismissed the action on res judicata grounds, finding that the third complaint alleged the same cause of action as the first complaint.  The landlord appealed this decision to the district court, which rejected tenant’s res judicata argument, ruled in favor of the landlord, and ordered the tenant to vacate the premises.

The Court of Appeals affirmed.  The Court recognized that under res judicata  principles, a final judgment on the merits in one action precludes another lawsuit based on the same cause of action between the same parties or their privies.  The Court, however, determined that there had been a change in circumstances, preventing application of res judicata, because the landlord did not accept a rent payment from the tenant after the dismissal of the first lawsuit:

[P]laintiff returned each check it received from defendant after the first complaint was dismissed.  This change in circumstance eliminated plaintiff’s waiver of defendant’s lease breaches that previously prevented it from ejecting defendant.

The decision in Automotive Group is difficult to reconcile with the jurisprudence in this area.  It is especially troubling from a judicial-efficiency perspective that the landlord was rewarded for filing three different lawsuits alleging the same cause of action.  Generally the filing of serial complaints earns the plaintiff a sanctions order, not a favorable judgment.

If you would like to discuss an issue involving landlord-tenant law contact John Bloss at (336) 273-1600 or jbloss@greensborolaw.com.
Source: New feed