CAN CIGARETTE MANUFACTURERS BE REQUIRED TO REMOVE BRANDING FROM THEIR PACKAGING?

By Peter D. Isakoff, Associate Attorney, Higgins Benjamin, PLLC
On November 21, 2011, the Australian Parliament passed the Tobacco Plain Packaging Act 2011, requiring tobacco products to be sold in plain packaging without any trademarked logos.  Australia’s legislation comes as a result of studies showing that cigarette packaging plays an important role in promoting smoking and encouraging young people to try cigarettes.  This legislation deals an expensive blow to cigarette manufacturers who have a substantial investment in their trademarks and packaging.  Will other countries follow a similar path? 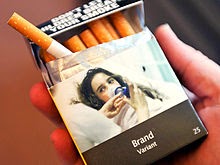 First, since Philip Morris Asia can still sell tobacco products in Australia, it may have to prove that it has been completely deprived of its profit-making ability.  Philip Morris Asia’s strongest argument for indirect expropriation under this factor would be that its sales in Australia under the new legislation will fall below the point of any profitability.  Philip Morris Asia has offered this argument in its preliminary Notice of Claim.  The success of this claim would depend on expert analysis of the cigarette market in Australia regarding the extent to which trademarks and branding impact tobacco sales.

As to the second factor, Philip Morris Asia would have to prove that Australia’s legislation was not predicable to foreign investors.  Although Australia is the first country to implement plain packaging legislation, it can argue that this concept has a long-standing background.  The Toxic Substances Board of New Zealand’s Health Department first recommended plain packaging for cigarettes in 1989.  Additionally, a Canadian parliamentary committee recommended its legislature pass plain packaging legislation in 1994.  In 2010, the European Commission proposed a revision to Directive 2001/37/EC that would include plain packaging requirements, and in recent years similar proposals have occurred in France, Turkey, and the United Kingdom.

Philip Morris Asia’s strongest argument is that when it initially entered the Australian market, plain packaging legislation was not reasonably predictable, even if the likelihood of such regulation later became apparent.  Philip Morris Asia could also argue that, because plain packaging legislation was debated for several decades without implementation, it expected that countries would not enact such regulations.

The pending arbitration case also has implications for Bilateral Investment Treaties in general.  In April 2011, Australia announced in a Trade Policy Statement that it will no longer pursue investor-state dispute resolution clauses in international treaties.  In its Trade Policy Statement, Australia openly alluded to Philip Morris Asia’s arbitration case as a catalyst for this policy reform when it stated “[t]he Government has not and will not accept [investor-state dispute resolution] provisions that limit its capacity to put health warnings or plain packaging requirements on tobacco products.”

Pending the outcome of Philip Morris Asia’s arbitration case, other nations could follow Australia’s lead for future Bilateral Investment Treaties.  Consequently, Philip Morris Asia’s arbitration case will be influential not only in defining when indirect expropriation occurs, but also in shaping the future of Bilateral Investment Treaties as a mechanism for international business dispute resolution.

As of publication of this blog post, a decision has not yet been rendered in the above-referenced arbitration case.

This blog post is based on an article by Peter Isakoff published in Volume 3, Issue 2 of The Global Business Law Review (Peter D. Isakoff, Defining the Scope of Indirect Expropriation for International Investments, 3 Global Bus. L. Rev. 189 (2013)).  The full article can be found at: http://papers.ssrn.com/sol3/papers.cfm?abstract_id=2394980.

If you would like to discuss a dispute arising in the context of business litigation, please contact Peter Isakoff at (336) 273-1600 or pisakoff@greensborolaw.com.